Contributed by Ilej & Partners in cooperation with Karanovic & Partners.

1.1. What is the legal framework for bribery and corruption in your jurisdiction?

1.3. What is the definition of bribery?

Pursuant to the Croatian Criminal Act, a bribe is any undue reward, gift, or other material or non-material gain regardless of value.

The Croatian Criminal Act distinguishes bribery in economic transactions, bribery in bankruptcy proceedings, bribery in the public sector, bribery in trading in influence, and bribery connected to the elections.

Bribery in economic transactions relates to demanding a bribe, accepting a bribe, or an offer/promise of a bribe, for oneself or another person, as well as offering, promising, or giving a bribe for the purpose of favoring someone, or as a counter favor, or to take advantage to oneself or to another person in concluding or performing a business or providing services and on that way causing damage to the person for which person receiving a bribe works for or represents. Mediating in the above is also considered bribery.

Bribery in trading in influence relates to demanding a bribe, accepting a bribe, or an offer of a bribe, as well as offering, promising, or giving a bribe, for oneself or another person, to use official or social position or influence to mediate in the performance or nonperformance of an official or other action that should or should not be performed. Mediating in the above is also considered bribery.

Bribery in elections relates to demanding a bribe, accepting a bribe, or an offer or a promise of a bribe, as well as offering, promising, or giving a bribe to a member of the Croatian Parliament, the European Parliament, or a counselor in the representative body of a local and regional self-government unit for voting in a certain way.

1.4. Is private sector bribery covered by the law? If yes, what is the relevant legislation?

Yes. Private sector bribery is regulated by the Croatian Criminal Act as bribery in bankruptcy proceedings, bribery in conducting economic transactions, and bribery in trading in influence (detailed description in Section 1.3.).

Public officials are persons who, in national authorities, as a regular occupation:

1.6. Are there any regulations on political donations?

1.7. Are there any defenses available?

Yes, in certain cases provided by the law, if the perpetrator reports that he/she has been given a bribe before its discovery or before learning that the crime was already discovered, the perpetrator may be released from punishment.

1.8. Is there an exemption for facilitation payments?

No, facilitation payments are not allowed in Croatia.

1.9. What are the criminal sanctions for bribery? Are there any civil and administrative sanctions related to bribery cases?

The criminal sanction for bribery is imprisonment variating in length and can go as high as up to ten years, depending on the type of bribery described in Section 1.3. The most severe sanction of up to ten years is imposed on public officials and when bribery is connected to the trading in influence.

Administrative sanctions are prescribed for public officials which may be imposed with sanctions we outlined in Section 5.3.

1.10. Does the national bribery and corruption law apply beyond national boundaries?

1.11. What are the limitation periods for bribery offenses?

1.12. Are there any planned amendments or developments to the national bribery and corruption law?

The current Criminal Act has been in force since July 2021, and no amendments have been announced.

2.1. How are gifts and hospitality treated?

Gifts in the public sector are prohibited, except for the instances described in Section 2.3. The laws do not prohibit gifts in the private sector, except in the case when the gifts can be considered a bribe.

Pursuant to the Croatian Act on the Prevention of Conflict of Interest, a gift is considered to be money, things regardless of their value, rights, and services given free of charge that bring or can bring the persons to whom this act applies into a relationship of dependence or create an obligation to the donor. Gifts between family members, relatives, and friends, as well as national and international recognitions, decorations, and awards are not prohibited.

2.2. Does the law give any specific guidance on gifts and hospitality in the public and private sectors?

Pursuant to the Act on the Prevention of Conflict of Interest, persons to whom this act applies, may receive gifts in accordance with Section 2.3. Gifts of a protocol nature exceeding the amount of HRK 500 (approximately EUR 67) and other gifts that they do not keep when they have the right to keep them are considered to be the property of the Republic of Croatia.

The law does not regulate gifts in the private sector, except if they can be considered bribery.

2.3. Are there limitations on the value of benefits (gifts and hospitality) and/or any other benefit) that may be given to a government/public official? If so, please describe those limitations and their bases?

Yes, pursuant to the Act on the Prevention of Conflict of Interest, persons to whom this act applies may only keep a gift of a symbolic value, up to a maximum of HRK 500 (approximately EUR 67). A gift of money, security, or precious metals cannot be accepted irrespective of the value. Numismatic money, commemorative coins packaged in commemorative packaging, or numismatic kits are not considered gifts of money, securities, and precious metals.

2.4. Are there any defenses or exceptions to the limitations (e.g. reasonable promotional expenses)?

The law does not provide exceptions to the limitations.

3.1. Are companies required to have anti-corruption compliance procedures in place?

Yes, pursuant to the Act on the Protection of Whistleblowers, companies employing more than 50 employees are required to set up an anti-corruption procedure. Some of the main responsibilities of companies are to enact an internal act that would govern the procedure of internal reporting of irregularities and appoint a confidential person and a deputy who would receive reports of whistleblowers.

3.2. Is there any official guidance on anti-corruption compliance?

There is no official guidance on anti-corruption compliance. However, the document Anti-Corruption Strategy for the Period from 2021 to 2030 sets out an anti-corruption framework and goals for the upcoming period and analyzes the state of corruption at the time of adoption of the strategy as of 2021.

3.3. Does the law protect whistleblowers reporting bribery and corruption allegations?

Yes, various acts protect whistleblowers. Firstly, the Croatian Act on the Protection of Whistleblowers. The Croatian Criminal Act prescribes the imprisonment of up to threee years for a person who has terminated the employment agreement with an employee, who has in good faith because of a justified suspicion of corruption, addressed or reported the corruption to the competent persons or state authorities. In addition, the Public Officials Act protects public officials who report their suspicions of corruption.

4.1. Can corporate entities be held liable for bribery and corruption? If so, what is the nature and scope of such liability?

4.2. Can a company be liable for a bribery offense committed by an entity controlled or owned by it? Are there requirements for the parent to avoid liability in these situations?

The law does not provide for liability in such a case.

4.3. Can a company be liable for corrupt actions of a third-party agent engaged to help it obtain or retain business or a business advantage (such as government or regulatory actions or approvals)? If so, are there measures recognized in law, enforcement, or regulatory guidance to mitigate this liability?

Yes, under the assumption that a responsible person in a legal entity was anyhow included in third-party corrupt actions, the company can be held liable for such actions. The law does not recognize measures to mitigate such liability.

4.4. What are the sanctions for the corporate criminal entity?

5.1. What authorities can prosecute corruption crimes?

5.2. Is there a legal obligation to report bribery and corruption cases? If so, to whom does it apply and what are the sanctions for failing to meet such an obligation?

An obligation to report that bribery or corruption is being prepared concerns most of the bribery and corruption cases. Namely, under the Croatian Criminal Act, a person who does not report that a crime is being prepared, for which a punishment of five years’ imprisonment or more is prescribed, and fails to report this while it is still possible to stop the crime from happening, may be punished with imprisonment of up to one year. However, with respect to already committed crimes, Croatian law provides a criminal liability only for not reporting a crime for which imprisonment of ten years or more is prescribed, which relates to only a minority of bribery crimes.

5.3. Is there any civil or administrative enforcement against corruption crimes?

Yes. Pursuant to the Act on the Prevention of Conflict of Interest, persons to whom this act applies, may be punished with a warning or a monetary fine if they receive a gift contrary to the conditions from Section 2.2 or commit a corruption crime.

A public official that has been involved in corrupt acts will be imposed a penalty of termination of civil service and may be imposed with a monetary fine.

5.4. What powers do the authorities have generally to gather information when investigating corruption crimes?

Under the Croatian Code of Criminal Procedure, authorities can take actions such as search (of person, property, belongings), inspection, on-sight visit, examination of the defendants and witnesses, temporary seizure of items, identification, taking fingerprints and prints of other body parts, and under certain conditions prescribed by the law, authorities may take special evidentiary actions like recording conversations, covert surveillance, interception, collection, and recording of computer data.

5.5. Is there any form of leniency law in your jurisdiction, allowing a party to a bribery or corruption crime to voluntarily confess to the crime in exchange for a release from liability or reduction of the penalty?

Yes, under the Croatian Criminal Act, the court may impose a milder penalty than the one prescribed by law if the state attorney and the defendant have agreed upon such a penalty. The prerequisite is a statement of the defendant on the admission of guilt for the criminal offense.

5.6. Can a person plea bargain in corruption cases? If so, how is such a process conducted?

Yes, a person can plea bargain in corruption cases. During the negotiations between the state attorney and a defendant, a defendant must be represented by an attorney. If the parties would reach an agreement, they would have to sign a statement based on which the court would issue a judgment. The court would not accept the statement if, given the circumstances, its acceptance would not be in accordance with the sanctions prescribed by the law, or the statement would be found unlawful. The State Attorney General is obliged to issue instructions on the procedure of negotiation with the defendant on the conditions of the plea and sanctions. 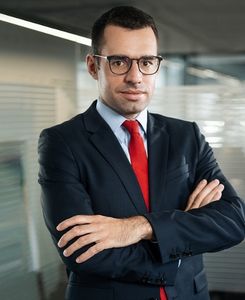 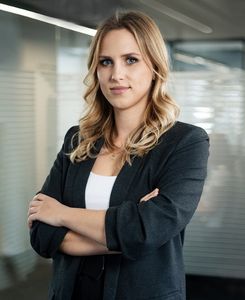 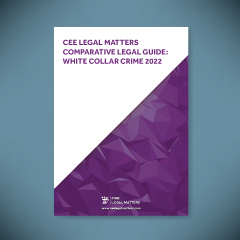