If certain statutory conditions are fulfilled, companies obliged to pay the Macedonian Corporate Income Tax (CIT) should submit reports for their 2019 transactions with related parties to the Public Revenue Office before September 30, 2020. The 2019 financial year is the first for which CIT payers are obliged to file such reports, according to the CIT Law.

Advertising is no easy task for law firms in the former Yugoslavia, and law firm marketing and business development specialists in those legal markets face unique challenges in their attempts to promote their firms and obtain new clients.

The COVID-19 pandemic hit the Western Balkans right during a period of accelerating economic activity and a promising economic outlook for 2020. The rapid spread of the virus forced the governments of the Western Balkans countries to introduce protective measures, lockdowns, and temporary business shutdowns. These restrictions had a devastating direct economic impact on a wide range of sectors – particularly the hospitality and transport industries – and the measures had many indirect side effects that significantly decreased economic activity.

In merger control, the standstill obligation requires that the parties refrain from implementing a concentration before obtaining the required merger clearance. This duty represents a cornerstone of many merger control regimes and is intended to protect the structure of the market and the consumers from any damage that could result from a transaction that had not been properly examined and could turn out to be anti-competitive.

Like many countries in the region, 2020 in North Macedonia’s was an election year, and the recent formation of its new government, according to CMS Partner Marija Filipovska, “hopefully heralds a bit more stable of a period to come.” According to her, “the newly elected government is strongly pro-EU and is also very vocal in favoring Western investment” which she believes could “create a stable environment in which FDI can flow stronger if (the government) is doing their job.”

For our Checking In feature, we reach out to partners and heads of practice across CEE to learn how specific practice areas are faring in their jurisdictions. This time around we asked firm Energy experts: What, in your view, is the most effective scheme currently in place in your jurisdiction to attract investments in renewable energy? If you had to pick one, what additional step from the regulators do you believe would have the most positive impact?

The adoption of the new Law on Energy of North Macedonia in 2018 established the foundations for stability, competitiveness, and economic functionality of the energy sector. In addition, the Energy Law declared the promotion of renewable energy sources and encouraging energy efficiency a priority. This, in a short time, has contributed to increased investment in the field of renewables.

ODI has helped Nova Ljubljanska Banka obtain Macedonian merger clearance for the acquisition of 83.23% of the ordinary shareholding in Komercijalna Banka a.d. Beograd.

ODI Law has advised FLO Magazacilik ve Pazarlama A.S on the opening of stores in Skopje and Tetovo.

Polenak has advised the EBRD on a EUR 20 million loan to Sparkasse Bank Makedonija.

After operating under the brands Andersen Tax, Andersen Legal, and Andersen Tax & Legal, the member firms of Andersen Global in Europe, will now operate under a single brand: "Andersen".

“NATO accession and the green-light to opening EU accession talks were strong indicators of political stability in North Macedonia in March this year“ begins Tatjana Shishkovska, Partner at the Polenak Law Firm in Skopje. “But the COVID-19 crisis has made things more complicated.“

Cultivation of medical cannabis has become a lucrative business in recent years. Countries around the world have started legalizing this controversial crop, approving medical cannabis in particular in some capacity. In 2018, Canada made history by passing the Cannabis Act, thus becoming the first industrialized nation in the world (and second overall, after Uruguay) to pass legislation allowing adults to purchase marijuana. In addition, over 33 states in the USA have made the use of cannabis legal for medical purposes.

“What we have currently is a technical government,“ says Elena Dimova-Ivanoska, Junior Partner at Cakmakova Advocates, “made up from both the current ruling coalition members and the opposition, and formed to oversee the period leading up to the parliamentary elections which were to take place this April.“ These plans were cut short by the COVID-19 crisis, when the technical government was handed a far more complex task to resolve. 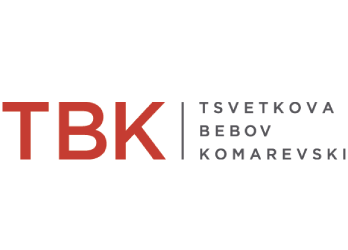