UTP Directive Implemented in Romania: New Rules to Be Applied by Retailers and Suppliers

After a rather lengthy legislative process, Directive (EU) 2019/633 (the "UTP Directive") was implemented in Romania on 12 April 2022 by Law No. 81/2022 on unfair trade practices (UTPs) between companies within the agricultural and food supply chain (the "UTP Law"). It sets out a new set of rules applicable to food retailers and suppliers that have an annual turnover of around EUR 2m.

The UTP Law lists no less than 25 expressly prohibited practices applicable in commercial dealings between retailers and suppliers, including exceeding the statutory payment deadlines or failing to comply with statutory notice periods. At least some of these new express prohibitions appear to be impactful, such as:

Not all is prohibited

Some practices (termed "exceptional" by the UTP Law) are permitted, provided both the retailer and the supplier abide by good-faith obligations during the negotiation process. For example, at the request of the supplier and if the parties agree on clear-cut and unambiguous written clauses to this effect, the following practices are permitted:

The enforcement authority is the Romanian Competition Council (the "RCC"), while the monitoring authority, also in charge of liaising with the European Commission or other authorities, is the Ministry of Agriculture and Rural Development. Either of these authorities may identify new practices that could be covered by the UTP Law and propose amendments.

As part of its UTP toolkit, the RCC will enjoy its standard powers to initiate in-depth investigations, including conducting dawn raids, receiving complaints, issuing fines or imposing interim measures.

The spectrum of sanctions that can be imposed under the UTP Law is quite broad and includes more than just monetary fines. Interim measures or a formal decision to discontinue a practice can have an even larger impact than the nominal fine.

Fines may be either fixed amounts ranging from RON 250,000 (approx. EUR 50,000) to RON 600,000 (approx. EUR 120,000), or 1 % of the total turnover, depending on the type and severity of the breach. Complementary fines of 1 % of the main fine per each day of delay may be applied as well to compel companies to discontinue the practices, to abide by the obligations set out under a decision of the RCC, to provide complete and accurate information and documents, or to allow a dawn raid.

The UTP Law expressly regulates the obligation of the retailer to compensate suppliers threefold the incurred damages.

More importantly, a decision of the RCC to discontinue a practice applies to all similar agreements concluded by that retailer with its suppliers, which include clauses having the same content.

The UTP Law will apply to all ongoing negotiations and contracts concluded after 12 April 2022. Retailers and suppliers enjoy a transitory period to amend ongoing contracts and to set them straight until 31 December 2022.

The UTP Law sets out more stringent obligations incumbent on retailers. There is an increased focus on conducting negotiations in good faith and a rather high regulatory involvement in key contractual terms applicable between retailers and suppliers.

Compliance and ensuring proper training and paper trails for daily interactions between retailers and suppliers will become more relevant, as enforcement is likely to intensify.

Țuca Zbârcea & Asociații is a full-service independent law firm, employing cross-disciplinary teams of lawyers, insolvency practitioners, tax consultants, IP counsellors, economists and staff members. It also operates a secondary law office in Cluj-Napoca (Romania), and has a ‘best-friend’ agreement with a leading law firm in the Republic of Moldova. In addition, thanks to the firm’s dedicated Foreign Desks, the team provides the full range of services to international investors seeking to gain a foothold or expand their existing operations in Romania. Since 2019, the firm and its tax arm are collaborating with Andersen Global in Romania. 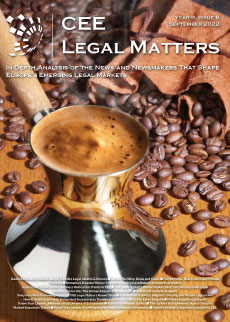