Dana Toma has joined Wolf Theiss’ Bucharest office as a Counsel and Coordinator of the Real Estate practice.

According to the firm, Toma “brings significant experience, with 20 years as a lawyer and legal counsel in the areas of real estate, construction, mergers and acquisitions, corporate and commercial law, concessions, infrastructure, environmental law, public law, and administrative affairs.”

Before joining Wolf Theiss, Toma spent over two years as a solo practitioner. Before that, she spent almost five years as Senior Legal Counsel at Vastint and a further three in solo practice. Earlier, Toma spent almost nine years in-house with Vinci. At the very beginning of her career, she spent four years with CMS. Toma holds LLB and LLM degrees from the University of Paris I Pantheon-Sorbonne.

“I am pleased that Dana and Ana-Maria have chosen to join Wolf Theiss,” Bucharest Managing Partner Bryan Jardine commented. “The recruitment of these two lawyers will allow us to better serve our increasingly sophisticated client base.” 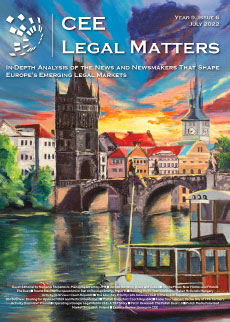 Preventing and Combating Money Laundering: Obligation To Notify Imposed on Some Regulated Entities