According to Cobalt, “Telecentras has about 95,000 Internet service users and provides radio and TV broadcast transmission, data center, IT, infrastructure rental, telephony solutions, and other services."

Cobalt did not reply to our inquiry on the matter.

Editor's Note: After this article was published CEE Legal Matters learned that Sorainen had advised Bite on the deal. According to Sorainen, the transaction is valued at over EUR 20 million. In addition, the firm reports, "Mezon Internet and data transmission services make up approximately 2% of the total Lithuanian telecommunications market. Around 97,000 customers use Mezon internet services, and over 11,000 customers watch Mezon TV, which is broadcasted via the wireless internet network."

Subsequently, on January 6, 2021, Sorainen reported that the deal "was completed at the end of December in 2020, after the Competition Council and the Communications Regulatory Authority granted their approval, and after Bite made certain commitments." 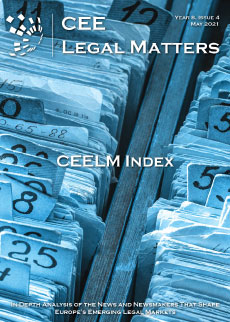