Tomas Richter Moves from Clifford Chance to JSK in Prague

Former Clifford Chance Of Counsel Tomas Richter has moved to JSK in Prague as the firm's new Head of Restructuring and Insolvency.

Richter qualified as Czech attorney in 1998 and has over 20 years of experience in advising on resolution of corporate distress in and out of formal insolvency proceedings, as well as representing clients in disputes arising therefrom. He is one of the authors of the Czech Insolvency Act. He spent the first eight and a half years of his career with Allen & Overy in Prague. In January, 2006, he joined Clifford Chance, where he stayed until this most recent move.

At JSK, Richter will focus predominantly on client work, although he will retain several academic posts, including at INSOL Europe's Academic Forum where he currently serves as the Chair, and at the Charles University's Institute of Economic Studies where he is associate professor.

On his LinkedIn page, Richter commented that: "After just a little over 15 years at Clifford Chance (and what a wonderful time they have been - a big thank you to all my friends and colleagues there !), I am joining JSK, advokatni kancelar, s.r.o. in Prague today. Having spent 25 years at international law firms, I really look forward to returning to what will pretty much be full-time practice at a local independent firm."

PRK Partners, one of the leading Central European law firms, has been helping clients achieve their business objectives almost 30 years. Our team of lawyers, based in our Prague, Ostrava, and Bratislava offices, has a unique knowledge of Czech and Slovak law and of the business environment. Our lawyers studied at top law schools in the United States, United Kingdom, Switzerland and elsewhere. They also have experience working for leading international and domestic law firms in a number of jurisdictions. We speak your language, too. Our legal team is fluent in more than 15 languages, including all the key languages of the region.

PRK Partners has one of the most experienced legal teams on the market. We are consistently rated as one of the leading law firms in the region. We have received many significant honours and awards for our work. We represent the interests of international clients operating in the Czech Republic in an efficient way, combining local knowledge with an understanding of their global requirements in a business-friendly approach. We are one of the largest law firms in the Czech Republic and Slovakia. Our specialised teams of lawyers and tax advisors advise major global corporations as well as local companies. We provide comprehensive legal advice drawing on our profound knowledge of local law and markets.

Our legal advice delivers tangible results – as proven by our strong track record. We are the only Czech member firm of Lex Mundi, the world's leading network of independent law firms. As one of the leading law firms in the region, we have received many national and international awards, in some cases several years in a row. Honours include the Chambers Europe Award for Excellence, The Lawyer and Czech and Slovak Law Firm of the Year. Thanks to our close cooperation with leading international law firms and strong local players, we can serve clients in multiple jurisdictions around the globe. Our strong network means that we can meet your needs, wherever you do business.

PRK Partners has been repeatedly voted among the most socially responsible firms in the category of small and mid-sized firms and was awarded the bronze certificate at the annual TOP Responsible Firm of the Year Awards.

Our work is not only “business”: we have participated on a longstanding basis in a wide variety of pro bono projects and supported our partners from the non-profit sector (Kaplicky Centre Endowment Fund, Tereza Maxová Foundation, Czech Donors Forum, etc.). 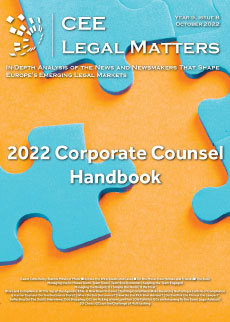