1.1. Biggest ECM and DCM transactions over the past 2-3 years

Over the last several years, the Slovak regulated market has been at the lowest levels within the EU from the viewpoint of liquidity, depth, volumes and market capitalisation, and has ranked among extremely illiquid markets.

2. Overview of the local stock exchange and listing segments (markets)

At present, the Bratislava Stock Exchange, a.s. is the sole operator of a regulated market of securities in the Slovak Republic.

The Bratislava Stock Exchange also operates a multilateral trading facility (MTF) under its rules of the multilateral trading facility for the purpose of joining or enabling to join business interests of several third parties  to buy and sell securities within the system and in compliance with fixed rules; this results in  conclusion of securities transaction on the MTF.

The shares can be listed on the stock exchange only if they are financial instruments pursuant to Slovak Act on Securities, are substitutable, their transferability is not limited, are book-entry securities (under certain circumstances can be also physical securities ) issued in conformity with the law of the country of their issue and their issuer meets the requirements under the laws of country of its registration for the issuance, the issue price of shares has been paid in full, the subscription of shares based on a public offering has been successfully completed, the issuer has been assigned a valid LEI code and the Prospectus has been approved and published. The shares can be admitted to the stock exchange main market only if the issuer has compiled and published the annual financial statements at least for three years immediately preceding the year in which the application is submitted; the shares representing at least 25% of the total nominal value of the shares, for which the application for admission is submitted, are distributed among the public; the minimum market capitalization of the issue is met (i.e., the minimum market capitalisation of the issue for the main market is EUR 15,000,000 and for the parallel market EUR 3,000,000) and in the last three years prior to the year in which the application for admission of share is submitted, the issuer has not entered into liquidation, its property has not been subject to bankruptcy proceeding or, respectively, restructuring has not been approved, or a bankruptcy petition has not been rejected due to insufficient property of the issuer.

Securities can be included into the MTF list only if they meet the listing requirements as shares and bonds above except for obligation to have the Prospectus approved and published.

The National Bank of Slovakia is the only competent authority for administration and execution of authorizations in relation to the prospectus.

Please see our answer above.

4.3. Language of the prospectus for local and international offerings

The National Bank of Slovakia (NBS) is the only competent authority for regulation and oversight over issuance of prospectus.

The NBS approves the prospectuses of securities within the time limits specified in the Prospectus Regulation as follows:

(b) a supplement to the prospectus within 5 working days of the submission of the application for approval;

(c) a prospectus where the public offer involves securities issued by an issuer who has no securities admitted to trading on a regulated market and who has not yet publicly offered securities (first draft only) within 20 working days of the request for approval;

Due to the short deadlines for the prospectus approval and the large scope of the documents which should be approved by the NBS, the NBS prefers unofficial consultations over the preparation and content of the prospectus in the form of an unofficial prospectus assessment through email communication.

All drafts of a prospectus shall be submitted to the NBS in searchable electronic format via electronic means.

Approved prospectus shall be made available to the public by the issuer, the offeror or the person asking for admission to trade on a regulated market reasonably in advance, and at the latest at the beginning of, the offer to the public or the admission for trading of the securities involved.

6.1. Timeline, process with the stock exchange

Securities can be admitted to the listed market or the MTF based on a written application for admission with Bratislava Stock Exchange. The proceedings shall start on the day of the application delivery to the Bratislava Stock Exchange. An issuer of shares, or a Stock Exchange member authorised by the issuer can apply for admission of securities. The application for admission shall be, amongst other things, accompanied in particular by a valid prospectus, the regulatory authority’s decision approving the prospectus, a document proving that the approved prospectus has been made publicly accessible, the articles of association, the deed of association and the foundation agreement or the foundation charter of the issuer in valid and current wording, the issuer’s extract from the business register if the applicant is not the issuer and a decision of the competent body of the issuer on the issue of shares.

The application and certain enclosures such as the supervisory authority’s decision approving the prospectus, article of association, the issuer’s extract from the business register and the power of attorney should be submitted to the Bratislava Stock Exchange as originals or officially authenticated copies. Other enclosures can be submitted as simple copies that are to be verified by the Bratislava Stock Exchange upon seeing the original documents.

If the conditions for admission of securities are met, the Bratislava Stock Exchange shall decide on an application within 60 days from its submission or supplementation. The Bratislava Stock Exchange may prolong the decision-making period to six months from the submission or supplementation of the application, if the applicant has applied for admission of securities also on other listed markets in the EU Member States.

7.2. Any other ESG considerations

8. Documentation and Other Process Matters

Issuers with financial instruments listed on a regulated market must comply with the rules set out in the EU-Market Abuse Regulation (MAR) and Delegated Regulation (EU) No. 2016/1052, which grant, under certain conditions, exemptions from the prohibitions of insider dealing and market manipulation for buy-back programmes and stabilisation measures. The MAR, in Art. 5, provides the conditions under which buy-back programmes and stabilisation may be carried out, without conflicting with the rules on prohibition of market manipulation. Part of these conditions are obligations to disclose the full details of the programme prior to the start of trading and to report transactions to the competent authorities. Regulation (EU) 2019/980 sets out the detailed information of any stabilisation, which issuers must disclose in prospectus. In case of both, buy-back programmes and stabilisation measures, each transaction shall be reported to the NBS no later than by the end of the seventh daily market session following the date of such transaction.

8.2. Stock lending agreement – whether it is used and whether there are any issues (tax, takeover directive)

8.3. Stabilisation – whether allowed and on what terms (MAR, local regimes)

Please see the answer under letter (a) above.

The issuers are obligated to meet a number of information duties. The fundamental and most important obligations for issuers after admission of their securities to the regulated market ensue primarily from the MAR and Directive 2013/50/EU (Transparency Directive), which has been transposed into the Slovak Republic’s legislation, primarily into the Securities Act and the Stock Exchange Act.

MAR obliges all issuers of financial instruments to notify the market of inside information so that other market participants are not put at a disadvantage against company insiders. The ad hoc disclosure requirement applies to all issuers who have requested or received admission of their financial instruments to trading on a regulated market or a multilateral trading facility (MTF) in Slovakia.

The issuers shall notify all market participants rapidly and comprehensively of any inside information so that investors can make well-founded decisions. For this reason, the issuers have a legal obligation to disclose to the public immediately any facts about their company that have the potential to influence the price of the financial instrument and directly concern the issuer (Article 17(1) of the MAR). 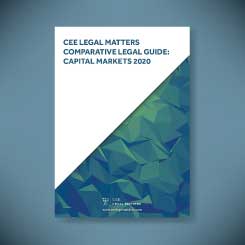 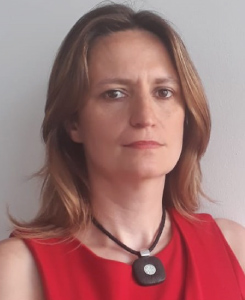 Contributed by Filip and Company.

Capital Markets in the United Kingdom