On July 24, 2014, Bayerische Landesbank (BayernLB) issued a press release announcing that it is set to sell its Hungarian subsidiary bank, Magyar Kereskedelmi Bank (MKB), to the Hungarian government. BayernLB is being advised by Lakatos, Koves & Partners.

In return for the purchase price of EUR 55 million, BayernLB will waive EUR 270 million in claims due from MKB. According to a statement released by the Hungarian Ministry for National Economy, “the current owner has agreed to sell 99 percent of MKB shares to the state of Hungary and increase capital by EUR 270 million prior to the transfer." As a result of the deal, BayernLB will be fulfilling all of the EU's main requirements regarding disposals of investments, noting in its statement, "and well before the deadline at that.” (The deadline for the disposal is the end of 2015.) The deal is set to close by September 2014.

On the deal, State Minister Dr. Soder, commented on behalf of the Free State of Bavaria, which is one of the owners of BayernLB. "The negotiations were tough, but fair. In the end, we were successful with the most important issues. As opposed to other sales, there will be no outstanding sums and so the Hungary chapter will be closed for good. By doing away with this legacy, BayernLB is cleaning up its past some more."

Dr. Ulrich Netzer, President of the Association of Bavarian Savings Banks, also viewed the transaction positively: "BayernLB is shedding a legacy asset in the interest of its owners. Now it can focus more closely on its core business and continue expanding it with the Bavarian savings banks.”

BayernLB's CEO, Johannes-Jorg Riegler, said, "The MKB sale is a huge relief for us. It will put an end to a difficult chapter in our Bank's history and let us focus on the future. BayernLB has reached quite a lot of milestones in recent years and is well on the way towards becoming Bavaria's customer-oriented bank, serving the German economy. In the months and years ahead we will continue to work hard in using our excellent customer base to achieve long-term profitable growth.”

The announcement of the Hungarian Ministry of National Economy asserted that: “The Hungarian banking sector requires a significant overhaul, as the financial crisis has made it clear that the ownership structure of the banking sector cannot be considered to be neutral from the aspect of financial stability and lending. The foreign owners of Hungarian subsidiaries have during the crisis withdrawn massive financial resources from the country which measure adversely affected forint stability while it caused lending to Hungarian companies to come to a near standstill. As a consequence, a mainly foreign-owned banking sector is not only slowing recovery, it is deepening the crisis through the withdrawing of resources.” It further stated that the purchasing price, "does not constitute a large burden on the state budget” and that, “the Government endeavors to turn MKB into an active and profitable bank, therefore retaining current and increasing the number of future customers is a priority." 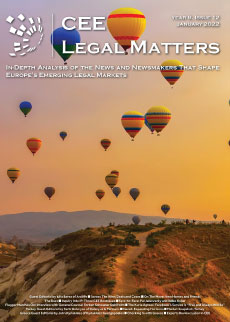