Guest Editorial: Another Successful Year for M&A and PE/VC Transactions

No doubt we all agree that a good lawyer should not only have extensive legal knowledge and experience, but should also constantly monitor the market. In reviewing the state of the Czech legal market over the past six months, I would like to point out several issues I personally find interesting or important.

The first half of 2019 has been marked by a consistent flow of transactions and investments on the Czech M&A and private equity market. Personally, I have found a slight increase in the number of deals compared to the steady (high-volume) amount in 2017 and 2018. The Czech PE/VC market so far has focused mainly on divestments and fundraising with the market witnessing a couple of major divestments, such as (finally) the successful exit in KIWI.com, a leading and rapidly growing online travel booking platform, and the strategic investment by Apax Partners, a leading global private equity advisory firm engaged mainly in the tech & telco, services, healthcare and consumer segments, which recently acquired a majority stake in ADCO Group, the operator of the DIXI and TOI TOI brands providing portable toilet and sanitation equipment rental and services worldwide. Generally, activity in the technology and start-up sectors has further room to grow, and I suspect the trend will carry on into 2020.

Five years after the new Czech Civil Code and Business Corporations Act came into force, we can already see examples of conclusively establishing practice, e.g., rules on corporate dividends pay-offs. In addition, several new issues have emerged, such as case law impacting on traditional corporate governance rules in SHA, which now requires a rethinking of the traditional approach as seen in Dutch or English law. I would say that case law is progressing towards ever greater detail.

FDI Regulation on the Horizon

The long-awaited Foreign Direct Investment Regulation should be in place in the Czech Republic no later than the second half of 2020. As in Germany, France, and Italy, foreign investors from countries outside the EU will be under supervision in the Czech Republic and the state must approve all investments in strategically important sectors. If, for example, an investor interested in a domestic company does not prove the identity of its ultimate beneficiary owner, the state may stop the entire transaction. This regulation is aimed at protecting strategic sectors, such as energy, the armaments industry, and technology firms that develop communication or IT systems for both civil and military purposes. It is estimated that in the Czech Republic the audit could cover up to 300 investments per year, but the special analytical team working under the Ministry of Industry and Trade of the Czech Republic will not examine all of them. There are expected to be several dozen cases per year. If the Ministry officials determine that a transaction is unsafe, they may not immediately propose rejection to the government, but must agree with the investor on terms that would minimize the potential risk and must subsequently monitor the execution of the agreed terms. In each case, it will be interesting to see how the FDI regulation will be put in place considering the current political environment in the Czech Republic, as well as prospective economic developments, where we can see signs of a slowdown in traditional industries. Regardless, I believe 2019 will be another successful year for M&A and PE/VC transactions.

This Article was originally published in Issue 6.9 of the CEE Legal Matters Magazine. If you would like to receive a hard copy of the magazine, you can subscribe here.

JŠK, advokátní kancelář, s.r.o. (JŠK) is a medium-sized law firm based in Prague providing a comprehensive range of commercial legal advisory services in the Czech Republic. Our team consists of almost 30 lawyers, five of whom are partners with many years of experience from leading international law firms. We advise local and international clients from banking, insurance and various industry sectors, boast a respected projects practice, and work for the public sector at the federal and municipal level.

Ever since it was founded in 2004, JŠK has striven for the epitome of professionalism, expertise and ethical integrity. We continuously seek to surpass what large global law firms can offer and to give our clients a personal approach. All mandates are equally important to us regardless of size as we guide clients through both complex and seemingly routine matters.

Our clients turn to us for advice when implementing their business plans across all areas of commercial law. We are proud members of PONTES: the CEE lawyers, a unique network of law firms through which we provide services not only in the Czech Republic but also in Austria, Bulgaria, Hungary, Poland, Romania and Slovakia. 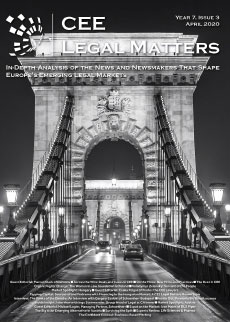